Without a doubt, the course of human history was determined by one vital element...

Empires, cultures, and civilizations were built and burned around this vital essence of mankind; even ambrosia pales in comparison to potable, running water.

Maybe it has, and we don’t know it.

Regardless, let’s hop in the portable time-machine that we call the internet and take a look at how running water played a vital role in advancing modern civilization- from building villages around fresh water sources to having it on command mostly anywhere in the world.

THE ROLE OF WATER THROUGHOUT HUMAN HISTORY

Actual image of when early man discovered the temperature-retention capability of the Greens Steel Water Bottle.

It began when early hunter-gatherers had to stay close to rivers and coastlines to survive.

Over time, early humans began to finesse the art of agriculture, which led to the growth of more established villages and towns.

We quickly realized that a civil gathering of humans required a constant, potable water source to prevent collapse. Some early civilizations actually had some pretty impressive water infrastructure.

Early water wells were used in the Jezreel Valley in 6500 BC, while primitive latrines were used in what is now Scotland in about 3000 BC. 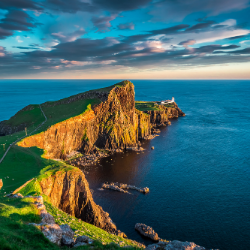 Ancient Mesopotamia, Persia, Egypt, and China all dabbled in plumbing and sewage systems. 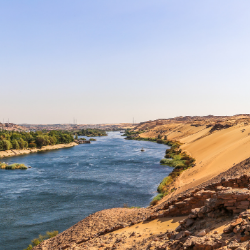 These were precursors to the concept of running water, or essentially indoor plumbing, which many of us now take for granted.

The Greeks and Romans really upped the water infrastructure game.

Shortly thereafter, the Roman empire gave birth of aqueducts, the foundation of which many modern-day water purification systems are built upon.

Aqueducts and a network of pipes brought water to homes and public fountains.

Unfortunately, the Middle Ages took a step backwards, and were a rather dark and smelly time in history.

Water sanitation and sewage systems were largely a hygiene issue, and diseases were an everyday part of life.

Having that said, people in this part of history were smart enough to build towns & villages around fresh water sources.

The idea was to provide quick & easy access to water that was constantly fresh & did not make the people sick - and also a source to male plenty of ale & beer! 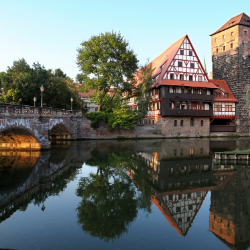 As the Industrial Revolution took hold and cities and the population boomed, we developed systems to pull water from lands far away to populate otherwise inhabitable landscapes.

There was a focus on progress, and with it, improved scientific advancements in indoor plumbing and sanitation.

By 1900 in the Western world, a water closet was a common necessity in households.

The global population in the 1900s quadrupled - a result of improved healthy water supply and sewage systems. 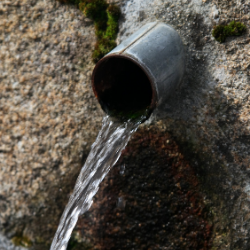 WHAT WERE THE IMPACTS RUNNING WATER HAD ON HUMAN CIVILIZATION?

Now that you understand how humans managed water throughout history, you can fully realize the impact it had.

The chlorination process, first used in the late 1800s, led to modern water purification processes that we now have.

These improved water systems would be the foundation of agricultural production, increased industrialization, and innovations in hydroelectric power.

Often overlooked but arguably the most important, running water for domestic use shaped what the typical human’s daily schedule looked like, allowing for emotional & intellectual growth.

With less time spent hauling buckets to water sources to collect water or being hit with an unexpected drought, people could spend their time on other pursuits.

The less time spent on surviving allowed for interoceptive awareness to develop; Reading a book, contributing to the arts, and developing mathematical equations eventually became available to the average person instead of being exclusive to rulers & monarchs.

Society shifted from mainly survival-focused to an age of art, science, and innovation.

Recognizing the ways running water has shaped civilization makes it that much more important to work towards a future in which everyone has access to clean running water.

Just imagine for a moment a day without your shower, sink, or topped-off Greens Steel Water Bottle. Yeah, it isn’t the most pleasant image.

What we can learn from the past can help shape our future.

Thank you for reading, stay tuned every week for interesting articles about Greens Steel, health, & hydration. 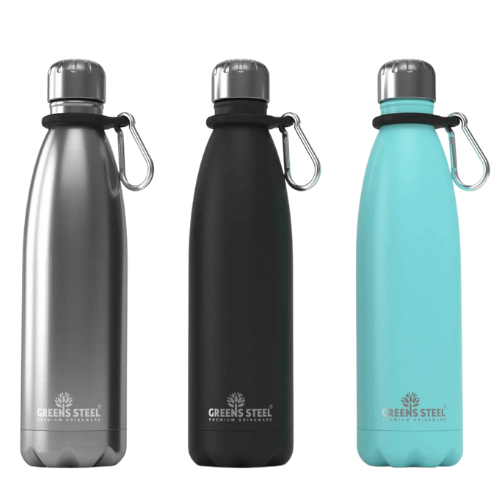